For a more detailed look at the concerns and the science that drive the discussion, download “Food & Nutrition: A Closer Look at  Carrageenan” today!

Jump To History of Carrageenan Infographic

The United States Department of Agriculture (USDA) recently reaffirmed its approval of carrageenan as an ingredient in organic foods, overturning a recommendation from the National Organics Standards board (NOSB) to have the ingredient delisted as an approved organic ingredient. This decision is an important victory for reliable food science and organic food enthusiasts, and demonstrates the USDA’s ongoing commitment to basing their decisions on fact, rather than hype.

Carrageenan has long been at the center of an ongoing debate. In the 1990s, a single researcher made claims that carrageenan may be associated with several gastrointestinal diseases and related health concerns. And though this flawed carrageenan-safety research was largely rejected by the scientific community, certain trade groups representing small organic farmers saw an opportunity. By presenting carrageenan across various social media platforms as a dangerous chemical, these groups were able to promote their own interests while undermining the carrageenan producing companies that they see as their competition.

Carrageenan safety has been proven time and time again.  Even despite its recommendation to remove the ingredient from organic foods, the NOSB agrees with this point. 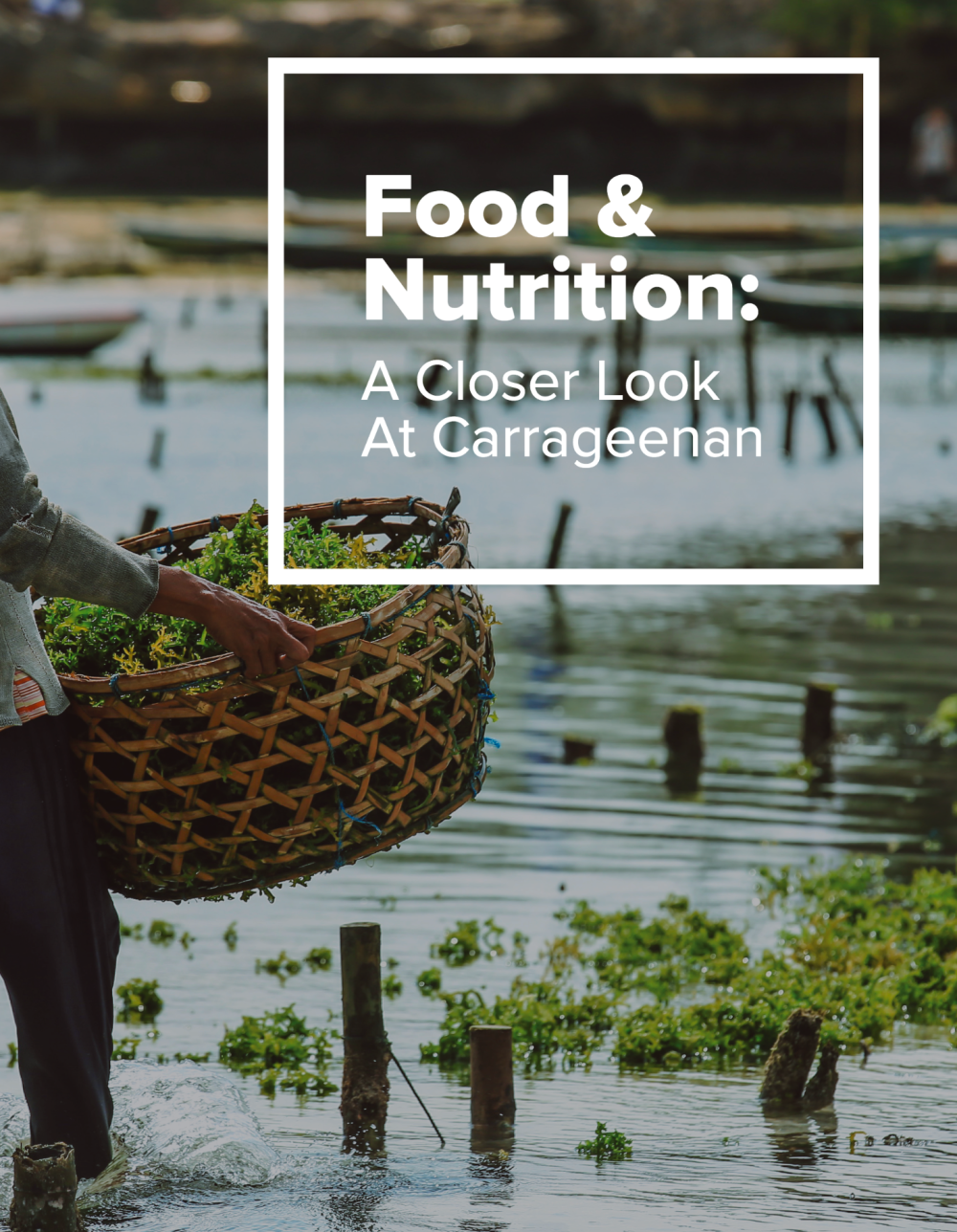 NOSB lead scientist Zea Sonnanbend has stated that “Science sides pretty clearly with the safety of carrageenan,” and the NOSB Handling Subcommittee has also concluded that “the body of scientific evidence does not support claims of widespread negative human health impacts from consumption of carrageenan in processed foods.”

In making their initial recommendation in 2016, the NOSB refuted biased health and safety research and instead suggested that carrageenan may not be essential — meaning that alternative ingredients would be able to fill the same roles. But this opinion is contrary to what many organic producers know about the role carrageenan plays in foods; in a third-party blind survey of 69 dairy food and beverage professionals, most participants identified carrageenan as the clear “essential” choice.

With its decision to retain carrageenan as an approved organic ingredient, the USDA confirmed what organic food producers already knew, that carrageenan is indeed essential, stating in the Federal Register that:

The USDA’s decision represents a victory for sound science and organic-food enthusiasts. And while anti-carrageenan groups will likely continue to push their agenda, as long as the USDA and other food regulatory groups rely on proven research and industry experience to make their decisions, consumers can be assured that rumor and hype aren’t dictating what ingredients are allowed in their food.

Carrageenan: What is it?

Carrageenan is an ingredient in many of the foods we eat every day, from cheese to almond milk to jam to salad dressing. It’s completely calorie-free, and among other uses, it makes ice cream and yogurt creamy and serves as a vegan alternative to gelatin. It also prevents food waste by stabilizing foods — which means they stay delicious longer without spoiling.

While the word carrageenan may be unfamiliar, this food ingredient is harvested from a natural source we’ve all heard of, seaweed, which is often praised for its many health and wellness benefits. Carrageenan is extracted from a type of red seaweed by boiling the seaweed in a gentle, non-acidic broth, filtering it, and then milling it into a fine powder that can then be used in food.

The process is so simple that you could actually do it in your own kitchen. In fact, families across the globe have been harvesting seaweed and making their own carrageenan for centuries. The name carrageenan is believed to be derived from the Irish word carraigín, which means little rock; the earliest records of carrageenan use in Ireland dating back to the fifteenth century. Early Irish chefs would extract the carrageenan from the naturally growing algae, and use it to thicken puddings and broths.

Social and environmental benefits of carrageenan

In addition to being an important food ingredient, carrageenan improves economic stability in places like Indonesia, the Philippines, and Tanzania, which are some of the largest producers of the red seaweed that carrageenan is derived from. Seaweed farmers around the world harvest an estimated 210,000 metric tons of red seaweed a year, totaling over $250 million in value. According to a 2013 report by the Food and Agriculture Organization of the United Nations, “Many of these communities lived at or below the poverty level prior to engaging in seaweed farming.

“With the income earned from the sale of seaweeds, many farmers have experienced substantial improvements in their standards of living as they have been able to send their children to school, introduce improvements to their dwellings, enhance their diets, increase their purchasing power of material goods, etc. In particular, seaweed farming has had a remarkably positive effect on the socio-economic status of female farmers as it allows them to engage in an income-earning activity that can be undertaken without neglecting traditional household chores.”

Carrageenan production also benefits the environment. Growing red seaweed requires no fresh water, no pesticides, and no fertilizers to grow, and it does not use farmland. Seaweed also absorbs and neutralizes greenhouse gases, such as carbon dioxide. Additionally, seaweed farming provides workers in developing countries with a more sustainable alternative to fishing. Given that 31.4% of fish stocks are classified as being overfished, and that Indonesia alone has seen a 75% decline in fish populations since 2002, seaweed farming may help struggling marine life regain footholds in coastal areas.

Why do foods contain carrageenan?

Carrageenan is a unique and versatile ingredient. Read up on some of the reasons foods include carrageenan are listed below:

For a more detailed look at the concerns and the science that drive the discussion, read the free PDF “Food & Nutrition: A Closer Look at Carrageenan” today!

So, is carrageenan toxic? No. On the contrary, there is overwhelming evidence from numerous dietary studies over the past four decades demonstrating that carrageenan is an entirely safe, completely non-toxic food ingredient.

Carrageenan is sometimes called a food additive because it is something that is added to food — just like salt and pepper are additives. The word “additive” is no reason to worry about eating it.

You may have heard some rumors of health concerns surrounding carrageenan safety. Perhaps you’ve been reading a popular health-food/wellness website, or maybe you have encountered a research study that seems to suggest carrageenan-related health concerns. It’s important to note that these sources are not all reliable. There is a lot of misinformation and misguided science out there, and it can be difficult to know what is true and what is not.

Regulatory authorities across the world, including in the United States, Europe, China, Japan, and Brazil, recognize that carrageenan is nontoxic, and have all approved carrageenan as safe for food. Additionally, the Joint FAO/WHO Expert Committee on Food Additives (JECFA) ran an in-depth review of the science and found carrageenan to be safe for use in infant formula, including formula for special medical purposes. Infant formula ingredients are strictly regulated. By declaring carrageenan safe for use by infants, the FAO and WHO — two highly respected international regulation organizations — are demonstrating just how benign an ingredient carrageenan is.

Here is a list of a few everyday foods that may contain carrageenan:

But despite wide approval from food regulatory groups around the world, carrageenan still carries the undeserved stigma of “unsafe food additive.” Why is this?

Well, much of the confusion stems from the fact that a substance called poligeenan, which is used in medical imaging, was once referred to as “degraded carrageenan.” And although poligeenan is also derived from seaweed, that’s where the similarities end.

To create poligeenan, seaweed extract is exposed to an extremely harsh process — heated to extreme temperatures and bathed in acid. This results in a substance (poligeenan) with completely different properties from carrageenan. The molecular weight of poligeenan is 20 to 80 times less than that of carrageenan. This low molecular weight allows poligeenan to potentially penetrate the body’s intestinal walls, something that carrageenan simply cannot do. 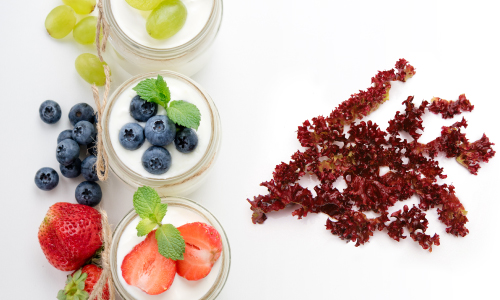